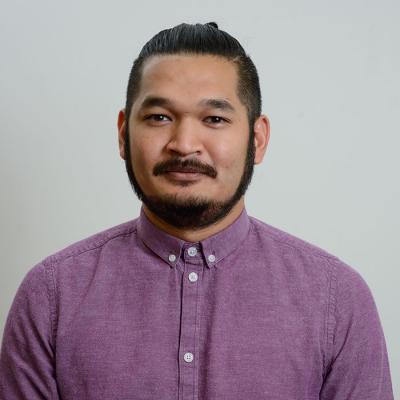 Clint Beharry is a creative technologist with a background in art, design, data visualization, and engineering. He works with HI’s interdisciplinary research team to study the influence of media, and translates these findings into new products, services, and research communications to facilitate how stories change the world. This mostly involves sketching systems diagrams, designing interfaces, and coding seedling prototypes.

Beyond HI, Clint collaborates with artists, storytellers, and technologists on a broad range of creative and technical projects. Recently he designed the art and titles for the VR documentary, The Ark, and its companion VR app, which premiered at Tribeca Film Festival 2016. He earned a 2015 Emmy nomination for Empire – an interactive documentary about the unintended consequences of colonialism. Clint holds an MFA in Interaction Design in from the School of Visual Arts in NYC and a BS in Computer Engineering from the University of Miami.